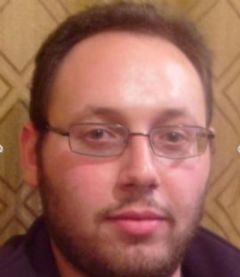 The barbarians have butchered another American journalist and threatened to do the same to a defenseless Brit - a pair of menacing acts met by silence from President Obama.

The Islamic State released another horrific video Tuesday that shows the beheading of 31-year-old Steven Sotloff.

"I'm back, Obama, and I'm back because of your arrogant foreign policy towards the Islamic State because of your insistence on continuing your bombings," the English-accented executioner known as "Jihadi John" says as he holds a knife to Sotloff's neck.

Then, as the reporter struggles to get off his knees, the killer starts sawing at his neck with a knife.

The final scene shows the murderer threatening to do the same to a captured British citizen, David Haines. Like Sotloff, he is clad in orange.

"We take this opportunity to warn those governments that have entered this evil alliance of America against the Islamic State to back off and leave our people alone," the executioner says.

U.S. intelligence agencies have confirmed the authenticity of the video.

"The U.S. Intelligence Community has analyzed the recently released video showing U.S. citizen Steven Sotloff and has reached the judgment that it is authentic," National Security Council spokeswoman Caitlin said in a statement Wednesday.

President Obama did not make any statements about the latest ISIS slaughter - and ignored a shouted question about Sotloff - as he left for a state visit to Estonia.

But Obama has a cameo in the latest ISIS snuff movie - it opens with footage of him denouncing the Aug. 19 beheading of U.S. journalist James Foley.

After that, Obama famously returned to his golf game and later admitted "we don't have a strategy yet" for dealing with ISIS in Syria.

Apparently mindful of the awful optics of Obama hitting the road after another American was beheaded, the White House weighed in with words of sympathy.

"Our thoughts and prayers foremost are with Mr. Sotloff and his family," press secretary Josh Earnest said.

State Department spokeswoman Jen Psaki added, "If the video is genuine, we are sickened by this brutal act." Psaki said they believe "a few" other Americans have fallen into the clutches of ISIS, but would not give any specifics.

And in the most forceful statement from the administration, National Security Council spokeswoman Bernadette Meehan said they were "appalled by the brutal murder of an innocent American journalist."

Stronger words came from Pete King (R-L.I.), who said Sotloff's execution "clearly is an attack upon the people of the United States of America."

The U.S. did announce Tuesday night that it was sending 350 more troops to help protect the embassy in Baghdad, raising the total number of U.S. forces in Iraq to more than 1,000 as the ISIS threat grows.

In south Florida, a spokesman for the Sotloff family said they had seen the ghastly footage - and that they were in mourning. "The family knows of this horrific tragedy and is grieving privately," family spokesman Barak Barfi said.

Sotloff, who was captured a year ago in Syria, wrote for Time magazine, World Affairs and National Interest.

The gruesome 2-minute, 46-second video, first obtained by the SITE Intelligence Group, was a repeat of the savagery visited on 40-year-old Foley last month.

Sotloff appeared briefly in the Foley video when he was threatened by one of the fiends. At the time, he was clean-shaven. In the latest release he has a beard - suggesting the two videos were made at different times.

Also, the executioner said Sotloff was being killed as payback for the recent U.S. air strikes that lifted the ISIS siege of a major dam near Mosul - and helped Iraqi government forces chase the militants from the town of Amirli.

Haines, an aid worker and former British soldier, appeared only briefly in the Sotloff video.

The Daily Telegraph reported that when Obama dispatched the Special Forces to Syria in July in an attempt to free Foley, they also hoped to rescue Haines. He was described as "a father in his mid-40s who works in logistics." His family lives in Scotland and the clan was gathering at his parents' home to comfort them, the paper reported.

The latest sick ISIS production is titled "A Second Message to America." In it, the jumpsuit-clad prisoner has his hands bound behind his back as he sits on his knees in the desert. He calmly begins by saying, "I am Steven Joel Sotloff."

"I'm sure you know exactly who I am by now, and why I am appearing before you," he says.

Then he delivers what appears to be a scripted condemnation of Obama's air strikes against ISIS. He reminds the President that he ran on a platform of "promising to bring our troops back home from Iraq and Afghanistan and to close down Guantanamo."

"Here you are now, Obama, nearing the end of your term, and having achieved none of the above, and deceivingly marching us, the American people, in the blazing fire."

ISIS has been warning for days that it would do to Sotloff what it did to Foley.

While Obama said he would not negotiate with terrorists, Sotloff's mother, Shirley, made a videotaped plea for mercy last week to ISIS leader Abu Bakr al-Baghdadi.

"Release my child," she begged. "I ask you to use your authority to spare his life."