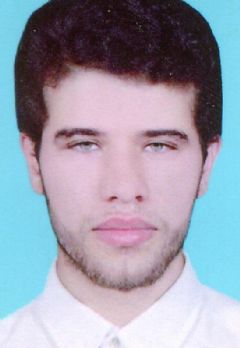 Last month, Hassan Rouhani, the new President of the Islamic Republic made a whirlwind visit to Ahvaz, capital of the southwestern province of Khuzestan. According to official media, Rouhani spent much of his time there dealing with "a number of sensitive files" left undecided by outgoing President Mahmoud Ahmadinejad.

One such file concerns 14 human rights activists who had been in prison for up to two years. When Rouhani took over as president he had them moved from the Karoun Prison in Ahvaz to an unknown destination. There, last July an Islamic Revolutionary Tribunal with a single judge Ayatollah Muhammad-Baqer Mussavi, sentenced the 14 to death on charges of "waging war on God" and "spreading corruption on earth" and "questioning the principle of walayat al-faqih" (i.e., the Rule of the Jurisprudent) . Before he left Ahvaz, Rouhani gave his green light for the executions. The first two executions were carried out last Monday when Hashem Shaabani and Hadi Rashedi were hanged in an unidentified prison.

Both men were well-known in human rights circles across Iran and had a long record of advocating greater cultural freedoms for Iran's ethnic Arab-speaking minority that is believed to number almost two million.

Hashem Shaabani, aged 32, was specially known in cultural circles because of the poetry he published both in Persian and Arabic. He was also a founder of the Dialogue (al-Hiwar) Institute that aimed at promoting a better understanding of Arabic literature and culture among Iranians. The institute offered Arabic language classes for a nominal fee and helped with the translation of modern Persian poems into Arabic and vice-versa.

Born and raised in Ahvaz, Shaabani attended the Ahvaz University where he obtained a Master's degree in Political Science. He made a name as a student leader when he led a number of sit-ins and marches to protest against the arbitrary arrests of students and the expulsion of professors in 2008 and 2009. He wrote a blog in which he called for greater freedom of expression and "political open-ness." In 2010 Shaabani moved to Khalafabad to look after his ageing parents. His father Khalaf Shaabani had been disabled in the Iran-Iraq war of 1980-88 when he led one of the first volunteer units to resist Saddam Hussein's invasion. Regarded as something of a local hero, Khalaf Shaabani was elected as Chairman of the town's Municipal Council.

To those who knew him, Hashem Shaabani was a man of peace and understanding struggling to extend spaces of individual freedom within the despotic Khomeinist system. Much of his poetry, both in Persian and Arabic, is, in fact, non-political, depicting the beauties of Khuzestan. One of his odes is homage to Karoun, Iran's largest and only navigable river. In another poem he speaks of "the blonde sun of Khuzestan". Although he was not allowed to publish books of poetry during President Muhammad Khatami's eight-year tenure, Shaabani was not prevented from organizing public poetry recitals in Ahvaz and several other Khuzestani cities.

Political themes started to feature more openly in his poems after 2010 when the "Supreme Guide" Ali Khameneni ordered a crackdown against ethnic minorities and all those who questioned his claim to represent the Will of God on earth.

Shaabani was arrested in February 2011, and, according to letters he smuggled out of his prison, was subjected to severe torture. In December 2011, he was featured on Iran's international television station Press TV, run by the Islamic Revolutionary Guard Corps, in which he was forced to confess to involvement in "separatist terrorism", supporting Ba'athism and questioning the validity of "walayat al-faqih". The so-called documentary also claimed that Shaabani had been in contact with former Egyptian leader Hosni Mubarak and former Libyan strongman Muammar Qaddafi. The head of the Islamic Republic television (IRIB) World Service and Press TV Muhammad Sarafraz and Press TV newsroom director Hamid Reza Emadi have bene identified as the producers of the fake documentary. The European Union has since imposed a ban on both along with the Islamic tribunal judge Ayatollah Mussavi.

In one of his letters from prison, made available to use through his family, Shaabani says he could not have remained silent against "hideous crimes against Ahvazis perpetrated by the Iranian authorities, particularly arbitrary and unjust executions." He adds "I have tried to defend the legitimate right that every people in this world should have which is the right to live freely with full civil rights. With all these miseries and tragedies, I have never used a weapon to fight these atrocious crimes except the pen."

Demanding a retrial before an impartial court, Shaabani concluded his letter by insisting that he had "never participated in any armed activity whatever the motives. I disagree with armed activities if there are other peaceful channels to make demands and express our wishes and aspirations."

Shaabani is not the first Iranian poet to be murdered by the mullahs. The left-wing poet Sa'id Sultan-pour was abducted on the day of his wedding on Khomeini's orders and shot dead in a Tehran prison. Rahman Hatefi, writing under the pen-name of Heydar Mehregan, had his veins cut and left to bleed to death in the Evin prison. Under President Hashemi Rafsanjani, a plan to kill a busload of Iranian poets on their way to a festival in Armenia failed at the last minute. Nevertheless, Rafsanjani succeeded in eliminating more than a dozen writers and poets. The worst spate of killings happened under President Muhammad Khatami when more than 80 intellectuals including poets Muhammad Mokhtari and Jaafar Pouyandeh were murdered by government agents.