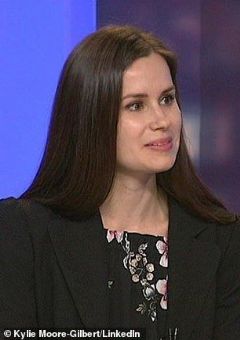 A British-Australian Islamic studies instructor has been held in Iran for nearly a year - in the same prison as the young travel-blogging couple held for flying a drone without a permit near Tehran, officials revealed.

Kylie Moore-Gilbert, who studied at Cambridge University and lectured at Melbourne University, has been held at Iran's notoriously harsh Evin Prison for almost a year and has been slapped with a 10-year sentence, the Australian government told The Independent.

Iranian authorities have not made Moore-Gilbert's charges public, but 10-year sentences usually apply to those convicted of spying, according to the report.

On Melbourne University's website, Moore-Gilbert is listed as a lecturer at the school's Asia Institute who "specializes in Middle Eastern politics, with a particular focus on the Arab Gulf states."

She has published writings on the 2011 Arab Spring uprisings, authoritarian governance, and on the role of new media technologies in political activism, according to the site.

In a statement released by Australia's Department of Foreign Affairs and Trade and obtained by The Independent, Moore-Gilbert's family said they will continue to be in contact with the Australian government.

"Our family thanks the Government and the University of Melbourne for their ongoing support at this distressing and sensitive time," the statement said. "We believe that the best chance of securing Kylie's safe return is through diplomatic channels. We will not be making any further comment and would like to request that our privacy - and that of our wider family and friends - is respected at this time."

Her case came to light last week, as it emerged that Jolie King and Mark Firkin, vloggers chronicling their journey across Asia and the Middle East, were locked up in July.

In blog posts, the couple wrote that they decided to quit their jobs in Perth, Australia, and drive across Asia, the Middle East and Europe to inspire prospective travelers and "also try to break the stigma around travelling to countries which get a bad rap in the media."

King has been told by Iranian authorities that she's being held in hopes of arranging a prisoner swap, a source told the Times of London last week - but her court-appointed lawyer, Robert Richman, told The Post that "there is no prisoner swap."

In April, an Iranian official publicly offered to release another woman held in the country on espionage charges in exchange for an Iranian woman who, at the time, was being held in Australia pending extradition to the US.

Although the news about the trio's incarcerations is only just surfacing in the media, Australia's Foreign Minister Marise Payne told The Independent she has discussed all three "many times" with her Iranian counterpart, Mohammad Javad Zarif.

Payne denied there was any political motivation behind the arrests - despite some reports speculating that they are being held to boost Iran's political leverage in disputes with Western countries.

"We have no reason to think that these arrests are connected to international concern over Iran's nuclear program, United Nations sanction enforcement or maritime security concerning the safety of civilian shipping," Payne told the outlet.