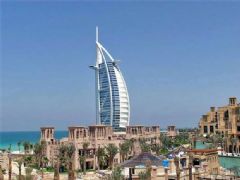 British woman arrested in UAE after reporting gang-rape: ‘They have taken her passport’

A 25-year old British tourist who reported a gang-rape while visiting the United Arab Emirates has been arrested and charged with "extramarital sex."

The U.K.-based group Detained in Dubai told British newspapers this week that a woman, who cannot be named for legal reasons, was detained last month after telling police that two men raped her in a hotel. The victim is out on bail, but her passport was taken and she owes nearly $30,000 in legal fees.

"They have taken her passport as lawyers thrash it out," a family friend told The Sun on Monday. "She is staying with an English family but she is absolutely terrified. She went to the police as the victim as one of the worst ordeals imaginable, but she is being treated as the criminal. Police regularly fail to differentiate between consensual intercourse and violent rape. Victims go to them expecting justice, and end up being prosecuted."

The woman claims that two British men, who have since left the country, took turns raping her while the other used recording equipment.

The U.K. Independent contacted the Foreign and Commonwealth Office for comment Wednesday and was told that officials are aware of the case and providing the woman with support. The spokesman said officials are also in contact with UAE authorities.

"The horrible case at hand shows that it is still not safe for victims to report these crimes to the police without the risk of suffering a double punishment," Radha Stirling, the founder and director of Detained in Dubai, told the newspaper.