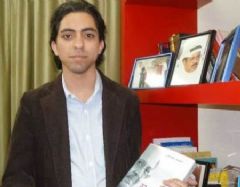 Reporters Without Borders condemns the verdict handed down two days ago by a Riyadh appeal court upholding the sentence of 10 years' imprisonment and 1,000 lashes passed on the cyber-activist Raef Badawi.

Badawi is the co-founder of the website Liberal Saudi Network, an online discussion forum aimed at encouraging political and social debate in Saudi Arabia. His sentence for "insulting Islam" was originally imposed on 7 May by the Jeddah criminal court, which also ordered him to pay a fine of one million riyals (200,000 euros). The authorities have since closed down the website.

"The verdict against Raef Badawi, upheld on appeal, adds to the list of cyber-activists imprisoned in Saudi Arabia," said Virginie Dangles, Reporters Without Borders assistant research director. "The almost routine use of dangerously repressive anti-cyber crime legislation to prosecute cyber-activists in a heavy-handed and unjust manner is aimed at annihilating all opposition in the country, which flouts basic human rights with freedom of expression foremost among them."

Badawi was arrested in June 2012. He was accused of contravening article 6 of a cyber crime law that says "participating in the production, preparation, circulation or storage of content that undermines public order, religious values, public decency or privacy, by means of information networks or computers ... is punishable by a prison sentence, fine or other penalty."