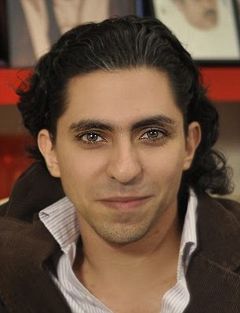 The editor of a Saudi Arabian social website has been sentenced to seven years in prison and 600 lashes for founding an Internet forum that violates Islamic values and propagates liberal thought, Saudi media reported on Tuesday.

Raif Badawi, who started the 'Free Saudi Liberals' website to discuss the role of religion in Saudi Arabia, has been held since June 2012 on charges of cyber crime and disobeying his father - a crime in the conservative kingdom and top U.S. ally.

Al-Watan newspaper said the judge had also ordered the closure of the website.

France was concerned by the sentence and remained committed to 'freedom of opinion and of expression', the foreign ministry said in a statement. Officials from the Saudi National Society for Human Rights could not be reached for comment.

Badawi's website included articles that were critical of senior religious figures such as the Grand Mufti, according to Human Rights Watch. The watchdog said in December that Badawi faced a possible death sentence after a judge cited him for apostasy, but Al-Watan said the judge dropped the apostasy charges.

Apostasy, the act of changing religious affiliation, carries an automatic death sentence in Saudi Arabia, along with other crimes including blasphemy.

Badawi's wife denied her husband had expressed repentance before the judge on Monday at a court in the Red Sea city of Jeddah. 'The judge asked Raif "Are you a Muslim?" and he said "Yes, and I don't accept anyone to cast doubt on (my belief)",' she wrote on Twitter.

Judges base their decisions on their own interpretation of religious law rather than on a written legal code or on precedent.

King Abdullah, Saudi Arabia's ruler, has pushed for reforms to the legal system, including improved training for judges and the introduction of precedent to standardise verdicts and make courts more transparent.