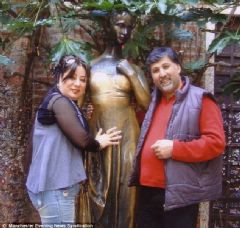 The Revolutionary Court in Tehran has sentenced eight Facebook users to a total of 123 years in prison on charges of "propaganda against the state" and "insulting the Supreme Leader."

The ruling by Judge Mohammad Moghiseh, which is harsher than what the law allows, is clearly intended to spread fear among Internet users in Iran, and dissuade Iranians from stepping outside strict state controls on cyberspace.

According to the Kaleme website , the eight accused had been arrested during the late summer and late fall of 2013 by the cyber crime intelligence unit of the Islamic Revolutionary Guards. Their names and sentences are as follows:

In addition to the above-mentioned charges, the individuals were also charged with "assembly and collusion against national security," "blasphemy," "creating public anxiety," and "spreading falsehoods."

The Internet has become one of the key battlegrounds between moderates in Iran, led by President Rouhani, who was elected by a large margin on a platform promoting greater social and cultural freedoms, and hardliners, who are in the minority but who control the Judiciary and the Intelligence and security services. Rouhani has spoken publicly of Iranians' right to the Internet, but the hardliners are keen to prevent any loosening of domestic controls, and view the Internet as a particular threat to their control over the national debate.