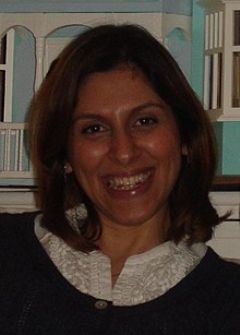 Hostage in Iran ‘a victim of torture’ and in urgent need of medical support, report warns

British-Iranian mother Nazanin Zaghari-Ratcliffe who has been imprisoned in Iran since 2016, should be considered a victim of torture and in urgent need of mental health support, a new report has warned.

Redress, an organisation working with torture victims, has sent an independent 77-page medical report to the UK's foreign secretary Dominic Raab that it had commissioned from the International Rehabilitation Council for Torture Victims (IRCT).

Ms Zaghari-Ratcliffe, a Thomson Reuters Foundation worker, was detained during a visit to her family in Iran in 2016 on spying charges, accusations that have been repeatedly rejected by her as well as the UK government.

Following the end of her five-year sentence on 7 March she was released from house arrest and had her ankle tag removed. But she still faces restrictions on her movement and has been told she cannot leave the country to join her family in the UK, and she has been summoned to court for a possible new case on 14 March.

The torture evaluation was conducted by two doctors, both recognised forensic specialists, over three days in October 2020, while the report was finalised in February 2021.

According to the report, Ms Zaghari-Ratcliffe suffers from serious and chronic post-traumatic stress disorder, major depression and obsessive-compulsive disorder due to her treatment in prison and under house arrest, and the continuing legal uncertainty and separation from her family. During her prison term in Iran, she spent more than eight months in solitary confinement.

According to experts, she is also facing physical pain and impairment in her neck, right shoulder, and arm. They note that Ms Zaghari-Ratcliffe "is in urgent need of psychiatric, pharmacological and psychotherapeutic support, as well as evaluation and treatment of her physical symptoms".

They also held that for her to recover she needs to be in a safe and non-threatening environment and requires unification with her family, in absence of which her psychological symptoms and disorders "will be unable to resolve themselves and will become chronic and potentially worsen".

On Wednesday, the UK's prime minister Boris Johnson said in a phone conversation with Iran's president Hassan Rouhani that the continued confinement of Ms Zaghari-Ratcliffe was "completely unacceptable."

Mr Johnson sought her immediate release along with other British-Iranian dual nationals.

Rupert Skilbeck, director of Redress, said they have long held that her treatment by Iran "amounts to torture."

"Based on this new evidence, the UK government should publicly acknowledge Nazanin [as] a victim of torture in Iran, and do everything in its power to protect her from further harm," Mr Skilbeck said.