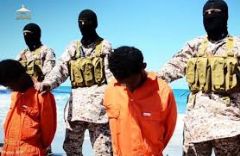 Iran’s Judiciary Sentences A Defendant To Death By Stoning

A local court in Iran's northern Mazandaran province has sentenced a defendant to death by stoning.

The person is charged with such crimes as adultery, rape, possessing of weapons, alcohol and satellite receiver equipments, the official said.

Borhani called the case one of the most important tasks of his office in recent months.

It should be noted that an Iranian woman was convicted of adultery in 2006 after her husband's murder and sentenced to death by stoning however an international outcry later forced Iranian authorities to suspend her sentence and put the case under review.

In September 2010, the European Union Parliament passed a resolution condemning Tehran, and declaring that "a sentence of death by stoning can never be justified".