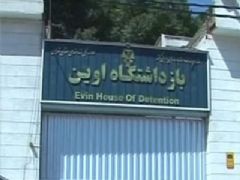 No Political Prisoners Among the 920 Pardoned

Iran's Supreme Leader, Ali Khamenei, has pardoned 920 Iranian prisoners on the anniversary of the Islamic Republic of Iran on March 31, 2014. According to the Iranian news agencies, after Head of the Judiciary Ayatollah Sadegh Larijani sent a letter to the Supreme Leader recommending pardons and reductions in the sentences of 920 prisoners, Ayatollah Ali Khamenei signed off on the recommendations.

Each year and on separate occasions, a pardon list is compiled by the Judiciary's Central Commission on Amnesty and Pardons, and forwarded to the Supreme Leader for his approval.

On January 27, ahead of the February 12 anniversary of the 1979 Iranian Revolution, Gholamhossein Esmaeeli told ISNA that no pardons were going to take place for this occasion, due to its close proximity to the January 24, 2014 celebration of Prophet Mohammad's birthday, when 878 prisoners were released, which again did not include any political prisoners.

In his latest report to the UN Human Rights Council in March, the UN Special Rapporteur on the situation of human rights in Iran, Ahmed Shaheed, noted: "As of 14 January 2014, at least 895 'prisoners of conscience' and 'political prisoners' were reportedly imprisoned. This includes 379 political activists, 292 religious practitioners, 92 human rights defenders (including 50 ethnic rights activists), 71 civic activists, 37 journalists and netizens, and 24 student activists."