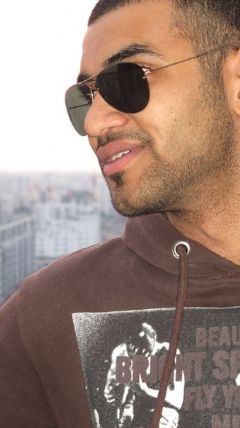 A political and human rights activist in Saudi Arabia was sentenced to 300 lashes and four years in prison for defying the king and calling for democracy, a rights group said Sunday.

Omar al-Saeed, a member of the Saudi Civil and Political Rights Association (ACPRA), was sentenced in the city of Buraidah on Dec. 12 and is the fourth of his group to be imprisoned this year.

Adam Coogle, Middle East researcher for advocacy group Human Rights Watch, told NBC News that since Saudi Arabia has no formal penal code, the charges against al-Saeed and the other group members are arbitrary.

Coogle said al-Saeed and the other three political activists were charged and convicted because "they push for democracy and human rights."

Coogle said al-Saeed was arrested and convicted for expressing his "human right to freedom of expression."

According to ACRPA's website, al-Saeed did not have legal counsel at his hearing, which was held in private, Reuters reported.

U.S.-allied Saudi Arabia is ruled by the al-Saud family along with powerful clerics from the country's ultra-conservative Wahhabi school of Sunni Islam.

King Abdullah is the prime minister and he appoints the government, which includes top princes in the roles of foreign, interior, defense and intelligence ministers. Most senior princes also have extensive business interests.

Coogle said that lashings are an "incredibly common" form of punishment in Saudi Arabia.

He said the lashings, which can be held publicly or privately, are administered with a bamboo stick, typically with a Quran nearby. The person executing the lashes will often take breaks between long episodes of lashings, he said.

"I don't doubt that it's not unpleasant," Coogle said. "But it's intended to be more of a humiliation."

Coogle added that the arrests of openly subversive political activists began in earnest in 2012 in an attempt to stave political opposition and disobedience.

"(The activists are) pushing for an end to the arbitrary criminal justice system," he said.

The Saudi Arabian Embassy in Washington, D.C., did not respond to NBC's request for comment.