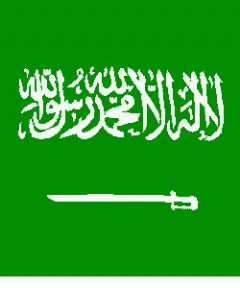 RIYADH (Reuters) - A Saudi human rights group has sent an open letter to King Abdullah complaining about what it called the "brutal torture" of a prominent septuagenarian rights activist and demanding the release of other detained activists.

Saudi Arabia is an absolute monarchy that has no elected parliament and does not tolerate public displays of dissent.

"(Former) Judge Suliman Al-Reshoudi has recently been subjected to severe physical and psychological torture in his solitary confinement for the past three years," the Civil and Political Rights Association said in an emailed statement.

Reshoudi has been jailed without trial since 2007 after he and nine other activists were arrested for drafting a petition that demanded political reforms such as drafting a national constitution and establishing the right of freedom of assembly.

The group urged Abdullah to put an end to "degrading practices (which) tarnish the state's reputation (and) challenge your personal credibility."

"These torture stories have eclipsed Saudi Arabia's membership in the United Nations Human Right Council, and make its membership appear as an attempt to cover up these flagrant violations," the rights group said.

Another independent human rights group -- Human Rights First Society -- also criticized what it described as "ill treatment" of Reshoudi and urged King Abdullah to ensure his immediate release and that of other activists held without trial.

"It is extremely impossible to justify this ill treatment as a mean to acquire more false confessions," the Civil and Political Rights Association said.

It said Jeddah prison officers have been chaining Reshoudi's two feet to his bed frame and forced him into a sitting position during the day that does not allow him to relax or lay down.

"During the night the shackles are placed on his feet while sleeping on bed in order to deprive him of a good night sleep. The tight manacles around his aging feet have caused him major discomforts and severe bruises," it added.