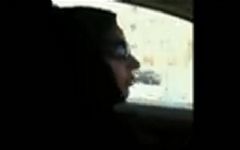 RIYADH, Saudi Arabia - The government of Saudi Arabia moved swiftly to extinguish a budding protest movement of women claiming the right to drive, a campaign inspired by uprisings across the Arab world demanding new freedoms but at risk Monday of foundering.

Manal al-Sharif, 32, one of the campaign organizers, was detained Sunday in the eastern city of Dammam for up to five days on charges of disturbing public order and inciting public opinion by twice driving in a bid to press her cause, said her lawyer, Adnan al-Saleh.

Ms. Sharif was arrested after two much-publicized drives last week to highlight the Facebook and Twitter campaigns she helped organize to encourage women across Saudi Arabia to participate in a collective protest scheduled for June 17.

The campaigns, which had attracted thousands of supporters - more than 12,000 on the Facebook page - have been blocked in the kingdom. Ms. Sharif's arrest was very likely intended to give others pause before participating in the protests in a country where a woman's public reputation, including her ability to marry, can be badly damaged by an arrest.

"Usually they just make you sign a paper that you will not do it again and let you go," said Wajiha Howeidar, who recorded Ms. Sharif while driving on Thursday. "They don't want anybody to think that they can get away with something like that. It is a clear message that you cannot organize anything on Facebook. That is why she is in prison."

The revolt that overthrew the Egyptian president, Hosni Mubarak, and similar efforts in the Middle East gained crucial momentum online.

Saudi Arabia is the only country that bars women from driving. But the topic remains a highly emotional issue in the kingdom, where women are also not allowed to vote, or even work without their husbands', or fathers', permission. For religious puritans, the ban on women driving is a sign that the government remains steadfast in the face of a Western onslaught on Saudi traditions. A political cartoon here once depicted car keys attached to a hand grenade.

Even before the arrest, the debate was raging online, on television and in the streets between supporters and opponents. One argument endorsing the change is that women drove donkeys in Koranic times, with a television cleric noting in recent days that handling a donkey was actually harder than driving a vehicle. Supporters believed that the changes sweeping the Arab world made it the right moment for women to seize the initiative.

An online petition addressed to King Abdullah, asking him to free Ms. Sharif and grant women the right to drive, gathered signatures from more than 600 men and women after it was organized by Walid Abu al-Khair, a Saudi lawyer and human rights advocate. Saudis are often reluctant to publicly attach their names to political actions. Many opponents were religious puritans who object to the very idea of women being exposed to strangers outside their homes by driving. The ban is rooted more primarily in religious fatwas, nonbinding decrees by clerics.

In the new online battlefield, conservative clerics have been deploying their own Twitter accounts to call on the religious police to be extra vigilant against the prospect of women drivers. Some women were opposed, too, because they said that driving remains such a social lightning rod and that raising the issue is likely to set back efforts to gain more fundamental freedoms like voting or ending the legal guardianship that allows Saudi men to control virtually every aspect of women's lives.

But Ms. Sharif and others decided to take to the roads in May to encourage a higher turnout for the national protest. Saudi newspapers have been filled with articles in recent days detailing a rash of women taking to the roads - publishing confessions of women who drove their children to school, a father to the airport or themselves on errands.

One of the arguments for allowing women to drive is the economic cost. There are some 800,000 foreign drivers in the kingdom, and the roughly $350 monthly salary needed to hire one is considered an economic drain on the middle class.

Ms. Sharif, an information technology specialist with the state-run oil company Aramco, has a reputation for pulling stunts to highlight the lack of rights for women. Such was her renown that certain myths about her circulate widely as fact-like the false tale that she once rode a donkey down a main Riyadh shopping street until the religious police stopped her.

She took her drive on Saturday with her brother Mohamed al-Sharif, who was initially detained with her by the religious police and then released. The local police returned to her house after midnight to arrest her again.

"That was a mistake," Mr. Saleh, her lawyer, said in a telephone interview from Dammam. "It is not considered a big crime in Saudi Arabia - it was not smuggling drugs, nor murder, nor rape - it was a girl driving a car."