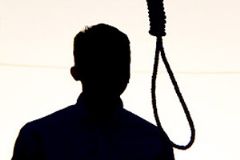 Four prisoners were hanged in the prison of Bandar Abbas (Southern Iran) yesterday April 17. According to the group "Human Rights and Democracy activists in Iran" (HRDAI) five prisoners were transferred to solitary confinement on Wednesday April 17, for implementation of their death sentences.

Execution of a fifth prisoner was interrupted two minutes after being hanged and his execution was postponed. He is identified as Falak Nazmoradi (60) been 18 years in the prison. He is reported to be in a serious condition at the prison hospital.

Despite ratification of the UN convention on the rights of the child which bans death penalty for offences committed at under 18 years of age, Iran stays as the biggest executioner of juvenile offenders in the world. In 2013 at least 8 juvenile offenders were executed in Iran.