U.N. Inaction on Pakistan
All Actions of the UN Human Rights System Critical of Specific States, 2012 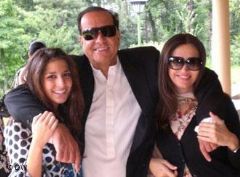 Being a non-believer in Pakistan

A recent report says that Pakistan is one of the seven countries in the world where atheists face discrimination and persecution. DW talks to Pakistani non-believers about their lives in the Islamic Republic.

The Freedom of Thought 2012 report, issued this week by the Netherlands-based International Humanist and Ethical Union (IHEU), states that non-believers in many Islamic countries suffer discrimination and can even be executed if their beliefs become known to the public or state authorities.

The IHEU - a union of over 100 humanist, rationalist, secular, atheist and free thought organizations - conducted its survey across some 60 countries.

While non-believers are also legally and culturally discriminated against in many secular Western countries, the results showed that persecution was becoming increasingly acute in non-secular Islamic nations.

The expression of atheistic views or anti-religious ideas can even bring with it a death sentence in Afghanistan, Iran, the Maldives, Mauritania, Pakistan, Saudi Arabia and Sudan, the report noted.

Pakistani experts say that discrimination against non-believers has gradually increased in their country, which was once also known for its rebellious secular student movements, Marxist poets and painters, and non-conformist political leaders. They claim things have changed for the worse in the Islamic country.

History of religious tolerance
Blasphemy, or the insult of Prophet Mohammad, is an extremely sensitive topic in the Islamic Republic of Pakistan, where 97 percent of its 180 million people are Muslims. But the issue of blasphemy in Pakistan is generally limited to religious minorities like the Christians, Hindus and Ahmadis; it does not always involve atheists and agnostics with affiliations to the majority Muslim community. The voices of Pakistani non-believers are never heard in public.

Pakistani atheists and religious skeptics are in a minority. They are mostly educated people from an urban background. Typically, they might be non-conformist poets, scholars, students, and political and human rights workers.

Experts say that there was a time when Pakistani non-believers had more freedom to express their views. With the growth of Islamic extremism - particularly after the Afghan War of the 1980s - the culture of intellectual debates and tolerance levels towards atheists, started withering.

Dr. Muhammad Ali Siddiqui, a veteran literary critic and academic in Karachi, told DW that in the 1950s and 60s, Pakistani religious clerics were very tolerant towards non-believers. He said that both groups would indulge in positive intellectual debates to prove their positions on religion and God. He regretted that the age of ideological tolerance in Pakistan was over.

"Before the Partition of India, religious leaders like Hasrat Mohani would respect atheists and atheism. Even after Pakistan's independence, religious leaders and common Pakistanis would not discriminate non-believing people," Siddiqui said, adding that things started to change after the 1970s and Islam's extreme forms took control of the society.

Rejection of faith
But how is it being a non-believer now in a country which is mostly in news for suicide bombings perpetrated by Islamists, lynching of religious minorities, blasphemy allegations against non-Muslims, violence against women, and anti-US rallies?

"I used to be a Muslim in the early 1990s but as time progressed, I lost faith in religion and believed in God or some supernatural power," A. Zaman, a student of philosophy and literature in Karachi, told DW. "In the early 2000s, I got a chance to interact with some people from the US online, and also met people in real life, who generally said things that made me question the idea of God."

Zaman said that it was the British writer Bertrand Russell's book "Why Am I Not A Christian," which turned him into a complete atheist. Expressing such ideas in Pakistan requires diplomacy. "When I started expressing my views, some of my friends had no problem with them at all. Some joked about them, some tried to convince me that there was a God, some said I was following Satan," he said. "But now, I try to keep a low profile and only disclose my ideas in the company of people I really trust."

Reminiscing about his transformation from a Muslim to an agnostic, A. Hassan, a young Pakistani English poet, told DW he never felt connected to the rituals of Islam. He said that when he started sharing his thoughts with his friends, they were mostly taken as a joke.

"Some of them glibly told me that this is a 'phase' that I am going through and that it will soon pass," said Hassan, adding that his family had been quite stern. "They did not take kindly to this idea and have been (successfully) pressuring me into keeping it all under wraps."

Hassan, who lived in the US as a student, told DW that he was told upon his return to Pakistan that he should be very careful about what he said. "The threats (to non-believers) are quite real in Pakistan."

Secular Pakistan
Both Zaman and Hassan are of the view that Pakistan should be a secular state where religion plays no role in the public life. They say that they mean no offence - a point reaffirmed by a Pakistani atheist in Islamabad who spoke to DW on condition of anonymity.

"We are non-religious people but we are also secular and respect all faiths. But it is our right not to believe in religion and god."

"Pakistan was founded upon secular ideals and that's what it needs the most today," said Hassan.

For his part, Zaman said that only secular education could end discrimination against non-believers and non-Muslims in Pakistan. "There is no doubt that Pakistan should be a secular state;" he said. "But extremist people will kill anyone who wants to change Pakistan's religious laws. We should definitely strive for a tolerant Pakistan, a tolerant Pakistan for everyone."