U.N. Inaction on Libya
All Actions of the UN Human Rights System Critical of Specific States, 2013 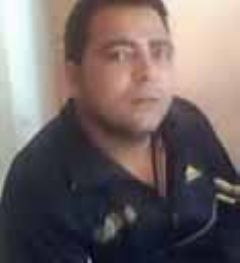 Waleed Saad Shaker, one of two Coptic Christians killed by Muslims in Libya

Egyptian Christians Killed In Libya For Refusing To Convert To Islam

Two Egyptian Christians living in Libya were killed by Muslims when they refused to convert to Islam in late September.

The Morning Star News reported that Waleed Saad Shaker, 25, and Nash'at Shenouda Ishaq, 27, Coptic Christians from Egypt living in Libya, were surrounded by a group of militant Muslims in northeastern Libya's Derna District, in what initially seemed like an armed robbery. After taking their belongings and beating them, the group demanded that the two men recite the shahada, the Islamic conversation declaration. When the men refused, the extremists tied them up and shot them.

A shepherd found the men in the desert later that day. They were taken to the hospital, where Shaker was pronounced dead on arrival. Ishaq survived long enough to provide details about the attack to family members. No arrests have been made.

Ishaq was married with two children, while Shaker supported his parents, two sisters, and a disabled brother.

"His family is emotionally devastated," said Gamel Saleem, a cousin of Shaker. "And he was the only financial support they had."

That incident marked the third time in a two-week period that Coptic Christians were robbed and killed in the Derna District.

According to World News Group, other instances of forced conversion of non-Muslims have been reported recently in Nigeria, Somalia, Libya, Pakistan, Uzbekistan, and the Central African Republic.

"Left undisclosed, Muslims will have no incentive to address it," Ibrahim wrote in a recent article about the need for such events to be widely shared. "But if it becomes better exposed in the West, and if Muslim governments and peoples become embarrassed by it, perhaps they'll begin respecting minority rights a little more."

In October The Independent wrote about the rising number of cases of forced Islamic conversions in British prisons, calling the prisons a "breeding ground for extremism."

Egyptian Christians living in Libya had been largely untroubled by persecution in recent years, despite the fact that religious freedom was technically not allowed under former Libyan leader Muammar al-Gaddafi. Since the 2011 Libyan Revolution and fall of Gaddafi, however, Islamists filled the power vacuum in certain places, and persecution of non-Muslims has rapidly increased.