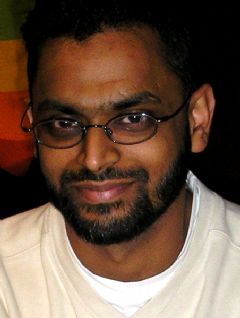 A senior official at Amnesty International who was suspended after she complained that the human rights organisation was too closely linked to a "pro-jihadi group" has left her job.

Gita Sahgal claimed that the charity's links with Moazzam Begg, the former inmate at GuantÃ¡namo Bay, and his organisation Cageprisoners were undermining its campaigns.

She was suspended as interim head of Amnesty's gender unit in February after an e-mail that she sent to her bosses criticising the links with Mr Begg was made public.

Ms Sahgal, 53, said yesterday that she felt that her seven years' campaigning for women's rights had been a waste of time because of the charity's continuing work with the former prison-camp detainee and his group. "Their continued link to Moazzam Begg and Cageprisoners undermines Amnesty's claims to stand against gender-based violence and religious discrimination," she said. "He supports Islamic states where women are second- class citizens."

Cageprisoners has defended some jihadi Muslim prisoners, including Khalid Sheikh Mohammed, the alleged mastermind of the 9/11 attacks.

Mr Begg, 42, is part of an Amnesty-hosted tour that is urging countries to offer a haven to former GuantÃ¡namo detainees.

"Gita has most recently held the position of Interim Head of the Gender, Sexuality and Identity Unit, and was in a period of consultation over possible redeployment following a redundancy process. Accordingly, Gita will leave receiving a payment based on Amnesty International's redundancy policy."