U.N. Inaction on Libya
All Actions of the UN Human Rights System Critical of Specific States, 2015 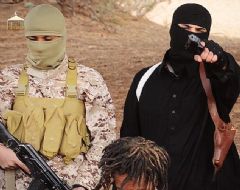 Islamic State's Libya branch has carried out another kidnapping, targeting a large group of Eritrean Christians who were traveling to Libya in hope of boarding a migrant boat to Europe.

The news was confirmed by a US defence official. Local media reports claim the migrants were kidnapped by militants south of the city of Tripoli, last Wednesday.

Three Eritrean migrants reportedly managed to escape from the kidnappers after the militants asked who in the group were Muslims and tested their knowledge of the Koran.

According to Meron Estafanos, the co-founder of the Stockholm-based International Commission on Eritrean Refugees, there were 12 Eritrean Muslims and some Egyptians in the group of 88 migrants.

Estafanos said the Muslims in the group were in a seperate truck from the Christians. 12 Eritrean Christian women were also separated from the main group.

The news comes after ISIS released a film in February showing the beheading of 21 captured Egyptian Christians on a similar beach, which immediately drew Egyptian airstrikes on the group's suspected positions in Libya.

ISIS then released a video in April, showing 30 Christians from Ethiopia being beheaded and shot on a beach and a forestry area in Libya.