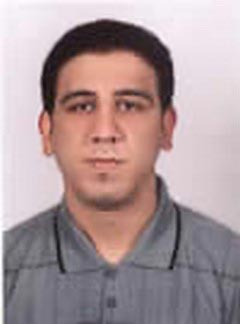 "In a cramped jail cell in Alexandria, Egypt, sits a soft-spoken 22- year-old student. Kareem Amer was sent to prison for over a month for allegedly "defaming the president of Egypt" and "highlighting inappropriate aspects that harm the reputation of Egypt." Where did Amer commit these supposed felonies? On his weblog.

If the Alexandria prosecutors' standards of censorship were applied in the United States or Europe, thousands upon thousands of bloggers would be behind bars. The basic right of individual free expression is sadly not respected in today's Egypt. Yet the authorities' decision to jail an obscure student for his writing reveals a larger struggle for free speech playing out between dissident bloggers and state prosecutors across the Middle East.

For decades, the region's dictators maintained a monopoly on public information. Newspapers, radio stations and television broadcasts were nearly all state owned. These regime- controlled media outlets toed the government line, maligned political opponents and blocked critical voices. By inverting the watchdog role of the press - in which journalists question, investigate and expose - what should be a critical independent institution was instead transformed into a mouthpiece for regime propaganda....

Although a human-rights lawyer accompanied Amer to his interrogation, prosecutors made clear they were indicting Amer for his beliefs. "Do you fast on Ramadan?" they demanded. "Do you pray?" They even insisted he reveal his opinions on the Darfur crisis. Amer would not retract his blogposts, so prosecutors threw him in jail - and laughed at the human-rights attorney present, openly mocking the concept of standing up for individual rights."