U.N. Inaction on Libya
All Actions of the UN Human Rights System Critical of Specific States, 2009 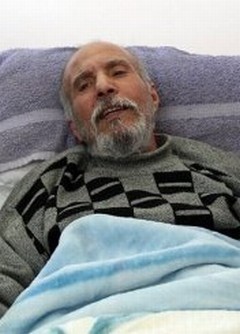 Libya’s Most Prominent Dissident Dies Amidst Claims of Poisoning

Fathi Al-Jahmi, Libya's most prominent political dissident, died in a Jordanian hospital on Thursday amid claims by his family that he had been poisoned.

Al-Jahmi, 68, had been evacuated from Libya earlier this month for emergency treatment after his health deteriorated. He arrived at Amman's Arab Medical Center in a coma.

The news was first reported by Al-Jahmi's younger brother Mohamed, co-founder of the American Libyan Freedom Alliance. "He was put in total isolation, deprived of medical care and most likely poisoned and medically tortured," Mohamed Al-Jahmi told The Media Line. "Fathi said 'I am being tortured and put through slow death'. All of a sudden his situation deteriorated: he couldn't move, he became bedridden and couldn't do anything." The hospital has not identified the cause of death and an autopsy has not been performed.

"If the Libyans don't have anything to hide they should allow an autopsy," Al-Jahmi's brother said. "The Libyan regime is trying to escape responsibility for his death but they are responsible for his situation deteriorating that far." Al-Jahmi, a former provincial governor, was first arrested in 2002 after criticizing Col. Muammar Qaddafi, calling for free elections and a free press.

Al-Jahmi, a former provincial governor, was first arrested in 2002 after he criticized Libyan leader Muammar Qaddafi at a 'People's Conference' in Tripoli, calling for a constitution, a free press, democratic elections and the release of political prisoners.

He was sentenced to five years in prison.

Much to the credit of his younger brother Mohamed, who lives in the United States, Al-Jahmi's case was taken up by various American officials, and he was released on March 12, 2004 after a request by then-senator Joseph Biden to the Libyan leader. "My brother peacefully called for free speech, free enterprise, government accountability and the rule of wall," his brother said. "That is his guilt."

Upon his release Al-Jahmi granted a number of interviews and continued to discuss democratic reform in Libya, including an interview with the U.S.-based Arabic TV station Al-Hurrah in which he stated of the Libyan leader "All that is left for him to do is hand us a prayer carpet and ask us to bow before his picture and worship him... I share with President Bush and all of the American people human sentiments and desires for freedom, democracy and propagation of democracy." Bush in turn praised Al-Jahmi.

Within days Libyan secret police beat up Al-Jahmi, ransacked his home and re-arrested him along with his wife and eldest son. Al-Jahmi was put on trial in late 2005 and accused by Libyan authorities of insulting the Libyan leader, contacting a foreign authority and trying to overthrow the government.

Physicians for Human Rights visited Al-Jahmi the same year, reporting that he suffered from heart disease, diabetes and hypertension. The group called for his unconditional release and access to medical care. He was kept mostly incommunicado, often in solitary confinement and with minimal information released as to his condition. Al-Jahmi was deemed 'mentally unfit' in 2006 and transfered to a psychiatric hospital. His health declined and in July 2007 he was moved to a Tripoli hospital.

Less than a year later Libyan officials announced that Al-Jahmi was free and could leave the hospital at any time. Both his family and human rights officers deny that this was ever the case, claiming Libyan security officers consistently controlled access to Al-Jahmi.

"Guards were in front of his room controlling access," Mohamed Al-Jahmi said. "He was unable to eat or drink and even in that condition the state security was denying his family access to him."

Human rights researchers who visited Al-Jahmi claimed that he was being denied proper medical care for a heart condition, reporting that he was "frail and emaciated, could barely speak, and could not lift his arms or head."

Al-Jahmi was sent to Jordan for emergency surgery earlier this month.

"Sending him to Jordan achieves two things for the regime," Hafed Al Ghwell, a prominent Libyan American analyst, told The Media Line. "First, they realize than they cannot treat him in the country given the decrepit state of Libyan healthcare. Second, they are sending him to an Arab country where he won't have access to Westerners. Finally... he dies away from jail, which avoids all kinds of suspicions which would arise were he to die in jail."

Al Jahmi's younger brother was also critical of the reasons behind the transfer to Jordan. "It's a marriage of convenience," he said. "The Jordanians need money and funding, the Qaddafi regime needs to get rid of Fathi and have him die not on [Libyan] soil."

The Al-Jahmi case caused a ripple in otherwise warming economic and political relations between Libya and Western nations since the country gave up its weapons of mass destruction program in late 2003.

The United States repeatedly requested Al-Jahmi's release, calling his treatment "cruel, inhuman and degrading" in one of its annual human rights reports, which regularly refer to Libya as an "authoritarian regime" and note torture, disappearances and the impunity of Libyan officials.

In her talks last month with Mutassim Gaddafi, the son of the Libyan leader, U.S. Secretary of State Hillary Clinton said: "We did raise human rights issues and specifically the case you referenced with the security adviser today."

The U.S.-based Human Rights Watch called Al-Jahmi's death "a sad day in the struggle for freedom of expression in Libya." "Fathi al-Jahmi suffered six-and-a-half years of detention, including periods he spent incommunicado, for advocating a free press, free elections and nonviolent democratic reform in his native Libya," said Sarah Leah Whitson, the rights group's Middle East director. "He should never have been arrested in the first place."

The attention on Al-Jahmi's case, however, has not been wholeheartedly welcomed. "This is a highly charged case, but it is hardly the only one," analyst Al Ghwell added. "There are literally thousands of human rights dissidents in jail. The only reason this case is so famous is because Al-Jahmi's brother is in the U.S. and has effectively made his case with American leaders... In that some Libyans resent all the attention only on him, as unless you have an American citizen connection, nobody really cares."

Al-Libi was a former "ghost prisoner" of the United States whose false confession on links between Saddam Hussein's regime and al-Qaeda was used to justify the invasion of Iraq. Libyan authorities have said Al-Libi committed suicide, although many analysts have questioned the veracity of this claim as he was believed to be extremely sick with both tuberculosis and diabetes.

Al-Libi, whose whereabouts were long the source of extensive rumor throughout the Arab world, became a symbol of the Bush administration's use of extraordinary rendition, in which terrorism suspects were 'rendered' to secret CIA prisons or to countries known for using torture to extract intelligence. "Anybody who believes that people in Libyan jails just simply commit suicide is grabbing at straws," Al-Ghwell added. "This is a regime with a long history of killing people in jail... My guess is Libya has seen the winds of change in America and wanted to bury this man before international organizations start demanding access to him."