U.N. Inaction on Malawi
All Actions of the UN Human Rights System Critical of Specific States, 2010 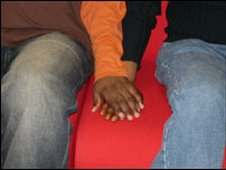 A gay rights group has recently been formed in Malawi
(Source: BBC News)

Malawi Intensifies Prosecution of Gay Minorities and Their Defenders

Three Malawi human rights activists are free on bail after being arrested for helping to defend a gay male couple that held a same-sex engagement ceremony in Malawi on December 26.

The couple, 26-year-old Steven Monjeza and 20-year-old Tiwonge Chimbalanga, remain jailed, pending their trial on January 15, according to human rights defender Peter Tatchell of the London-based rights group Outrage! He contends that Malawians, like several other African populations, have yet to confront years of colonial-era revulsion with homosexuality, and they need to enact legislation that overturns punishment for same-sex acts.

"We find this very disturbing that Malawi, which has made a transition to democracy over the last two decades, now seems to be slipping backwards into the bad old ways during the era of the Hastings Banda dictatorship," he noted.

In addition to charging the three arrested activists with the campaign to defend the homosexual couple, Malawi prosecutors are leveling pornography charges against one of the rights activists for possessing pamphlets relating to safe sex and HIV educational materials. Tatchell says subject matter is untainted and is perfectly legal.

"It's the kind of material that you'd find in any country in the world, and there's no question at all that this material is not pornographic. It is solely concerned with educating people and saving lives. So these pornography charges are absolutely ridiculous, and we hope they'll be thrown out by the courts," he said.

Most gay and human rights proponents have gone into hiding in Malawi, given what Tatchell calls the recently whipped up homophobia, because they fear they will be arrested. Fortunately, attorneys in the country have shed the shame and national stigma of defending Malawi minorities, who include sex workers, migrants, prisoners, and lesbian, gay, bisexual, and transgender (LGBT) people. These lawyers have successfully been recruited by the Centre for the Development of People (CEDEP) as advocates for jailed suspects. Tatchell is confident the advocates will prevail because of the country's constitutional guarantees.

"The attacks on the lesbian and gay community in Malawi go completely against Malawi's own constitution, which guarantees equal treatment and non-discrimination to all citizens. It also violates the African Charter on human and people's rights, which Malawi has signed and pledged to uphold. So in terms of law, we're very confident that this witch hunt will have to end," he observed.

Human rights groups point out that Malawi's same-sex controversy coincides with several similar homophobic episodes fervently pursued by other intrusive African governments. In contrast, Tatchell praises South Africa for deliberately legislating constitutional guarantees for homosexual minorities in the post-apartheid country. But he cites several trouble spots where African rights advocates will have to focus their efforts.

"It seems to me that as lesbian and gay Africans become more visible and begin to assert their right to be treated equally, the governments of many African countries are responding, not with dialogue, not with informed, reasoned debate about the issue, but by ham-fisted repression. So I've seen all those arrests that took place in Cameroon. We've seen the attacks on gay clergy in Nigeria. And now, of course, we see the anti-homosexuality bill in Uganda, which threatens to introduce the death penalty for repeat homosexual offenders. It's a very, very shocking, sad development," he cautioned.

The U.K.-based rights spokesman says that much of the impetus driving African countries to pursue punishment for homosexuals stems from fundamentalist clergy in the United States and other western countries, who are losing the battle to defeat gay rights in their own societies and in reaction try to export their crusade to what he calls "more vulnerable client countries" so that by funding anti-gay activities and religious institutions, they can advance their agendas overseas.