U.N. Inaction on Bangladesh
All Actions of the UN Human Rights System Critical of Specific States, 2006 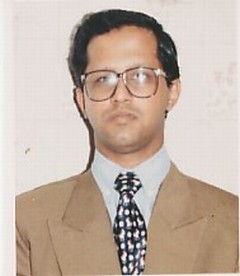 "As editor of The Weekly Blitz, an English-language newspaper published in the Bangladeshi capital of Dhaka, Choudhury has been an outspoken critic of radical Islamic fundamentalism, denouncing the hatred and violence it has spread in its wake... Choudhury has paid a very heavy price for his beliefs. In November 2003, he was arrested at Dhaka's international airport just prior to boarding a flight on his way to Israel...The government accused Choudhury of treason, sedition and blasphemy, and tossed him into prison for 17 months, where he was tortured. He was released in April 2005, thanks in part to a campaign that was waged on his behalf by American human rights activist Dr. Richard Benkin. But the Bangladeshi government decided to pursue the charges against him, and Choudhury was arraigned in a Dhaka court on October 12 on multiple counts of espionage and sedition. Just days before the start of his trial, a mob of 40 people, including senior members of Bangladesh's ruling party, stormed the offices of his newspaper and assaulted Choudhury, leaving him with a fractured ankle. Local police failed to make any arrests, and refused to allow Choudhury to file charges against his attackers."