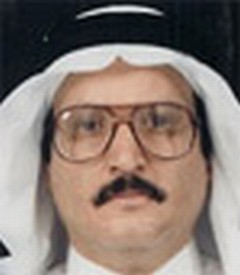 "An outspoken critic of the Saudi government who was previously jailed for calling for greater democracy has been arrested, his wife said Tuesday.

Matrouk al-Faleh, a professor of political science at King Saud University in Riyadh, the capital, was detained Monday after he left for work, said his wife, Jamila al-Ukla. Over the past year, Faleh has accused the Interior Ministry of disregarding laws that ban arrests without charge and guarantee the right to counsel.

An Interior Ministry spokesman was unavailable for comment on Faleh's arrest.

Saudi Arabia, an absolute monarchy that restricts press and speech freedoms, does not allow political parties, civil rights groups or demonstrations. But since King Abdullah took the throne in 2005, official tolerance of criticism and debate has grown.

Faleh, 55, a dissident with a long history of political activism, spent 18 months in prison and was released in August 2005 after a royal pardon.

Faleh was one of three activists, along with Ali al-Domaini and Abdullah al-Hamed, who were jailed in 2004 after calling for a constitutional monarchy and an elected parliament. They were banned from traveling outside the kingdom after their release.

Hamed, a lawyer and former academic, and his brother were sentenced in November to several months in prison for encouraging a group of women to demonstrate in front of the offices of central security in the central city of Buraidah to protest the detention of male family members without charge. After a failed appeal, the brothers began their sentences in March.

After visiting Abdullah al-Hamed in prison, Faleh on Sunday posted a three-page criticism of the Saudi justice system on several Web sites, including http://www.menber-alhewarandarts.net.

"Those who wanted to imprison Dr. Abdullah al-Hamed and his brother Eissa wanted to silence them and shut them up from saying the truth about the transgressions of the Interior Ministry and their abuses of human rights," he wrote. "Their ultimate goal is to strike at the peaceful campaign for constitutional reforms and its advocates.""